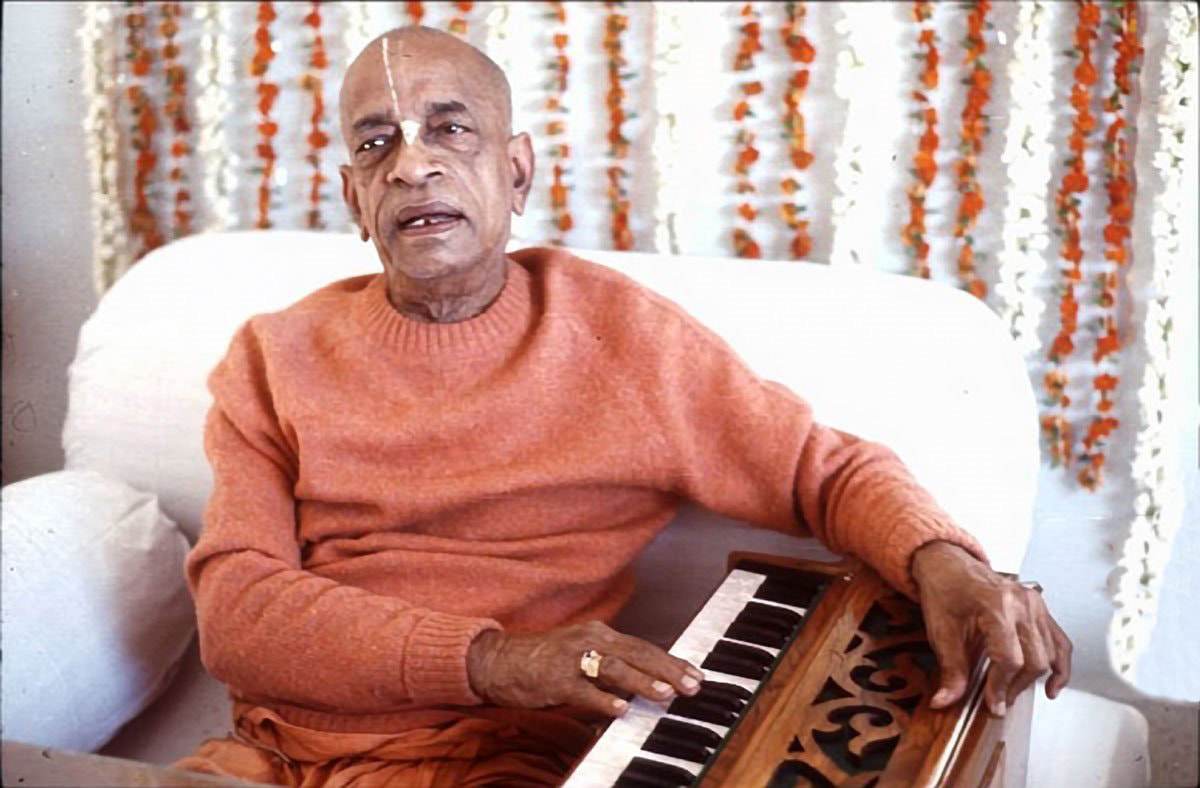 Every Word is a Song
and Every Step is a Dance 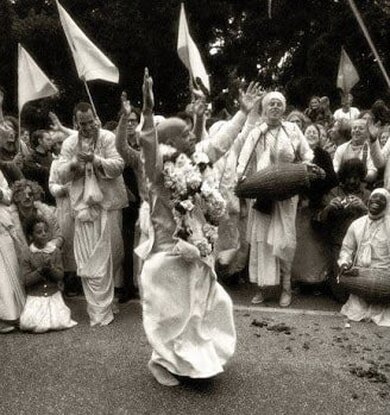 Music, expressed through the voice and instruments, lies at the heart of every culture. It is a powerful way to express thoughts, emotions, and desires. Devotional songs form an essential aspect of any spiritual culture, especially the Bhakti tradition of Bengal.
Consequently, we find that most of the devotional songs are written in Bengali. Self-realized souls like Bhaktivinoda Thakura, Narottama däsa Thakura and Locana dasa Thakura wrote their songs in simple Bengali language and were thus able to convey complex philosophical truths to the common people who otherwise had no access to the spiritual knowledge contained in the Sanskrit texts of the Vedas.
Prabhupada introduced the songs of the Vaisnava acaryas early on in ISKCON. In fact, the earliest recording and purport we have is of Bhajahu re mana, dated March 30, 1966, before ISKCON was founded and before the first devotees were initiated. Bhajahu re mana is an instructive poem by Govinda dasa Kaviraja who reminds us of the futility of material life and encourages us to take shelter of the lotus feet of Krsna and thus become free from fear and anxiety. All the acaryas have composed similar songs, and Prabhupada used to sing them regularly and quote from them in his lectures.  In the of ISKCON's first songbook, he writes:
“I am greatly pleased to see this collection of songs composed by Thakura Bhaktivinoda, Narottama dasa, and other great acaryas of the Gaudiya Vaisnava community (sampradaya). Songs composed by the acaryas are not ordinary songs. When chanted by pure Vaisnavas who follow the rules and regulations of Vaisnava character, they are actually effective in awakening the Krsna consciousness dormant in every living entity. I have advised Sriman Acyutananda Swami to sing more songs of the Vaisnava Padavali (collection of verses) and record them in books so that my disciples and others in the Western countries may take advantage of this chanting and thus advance in Krsna consciousness more and more. […]  We should always remember the danger of Maya's influence and endeavor to save ourselves from her great power. We must therefore always merge in the transcendental mellow of kirtana-rasa, for kirtana-rasa is the safest situation within this material world.”
Here we find several valuable instructions. Singing songs is an appealing method to transmit spiritual knowledge, and when chanted purely can create a shield of transcendental sound that will protect both chanters and listeners from the influence of the illusory energy.
For this project, Sacred Song Symphony, we have recorded each of the 108 songs presented in the songbook with a choir to facilitate congregational singing. For those songs that are well-known to most devotees, we have used the same melody, for the songs that Prabhupada recorded we used his tunes, some songs were constructed around a traditional Bengali melody and for the rest we relied on inspiration.
All recordings feature a clear song structure, a steady rhythm section, and (in our opinion) a melody that is easy to follow, supported by a choir who shows an example of responsive singing. For those who know how to read sheet music we have provided music scores for all of the songs. Thus even if there is no access to the audio files, one can still reproduce these songs and their respective melodies.